Become Braver in Your Body, Mind, and Life Through Yoga

A lot of people think that the yoga poses are only good for the physical body. That’s not true. What you’re really doing is a series of poses, which take the form of body movements combined with a lot of breath and mindfulness, and this combination creates a lot of different emotions and different feelings. It’s a body posture that, in a lot of ways, gives you a sense of relaxation and wellbeing. One powerful thing I’ve found through my yoga practice is that the yoga poses and breathing have created the courage to overcome my fear and anxiety.

How do you become braver in your body, mind, and life through yoga?

You Can Become Braver in the Body

When I first began practicing yoga, I was fearful for my own safety. I’d never been much of an athlete and didn’t particularly enjoy working out. What I like about the practice is that it showed my how capable my body is. As my strength, flexibility and balance improved I was able to take on more advanced postures – including inversions. I have more faith and confidence in my physical ability now than I ever did before. 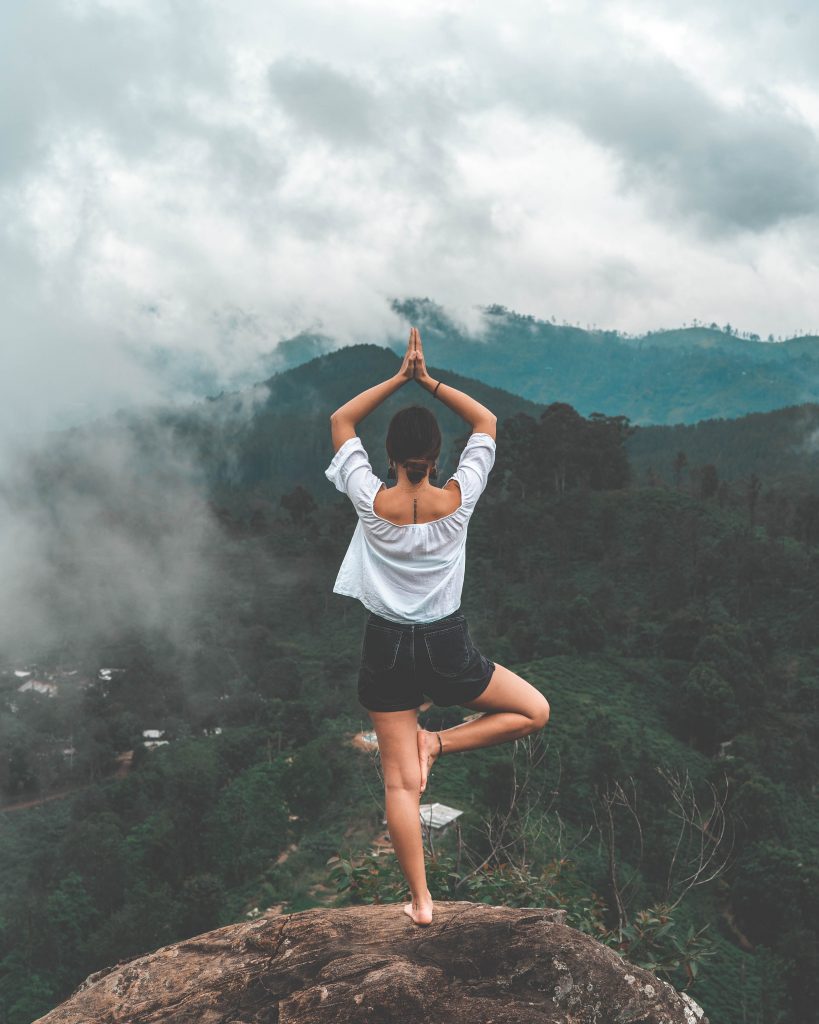 The first time you first begin yoga or try a new pose your body is going to put on the “fear” breaks. However unlike jumping out of a plane, yoga is not an “all or nothing” activity. It is a progressive practice; and once you find ease in a pose or transition there is another one waiting in the wings. So, before you put your anxiety to the test, you have to establish that it’s not in your head, or worse, it’s not in that pose you’re about to try. It’s in this stair-step fashion that the students build confidence on their mats. Sure some poses require a leap of faith, but every pose we experience up until that point are evidence of what’s possible.

After doing a lot of yoga practice the feeling of anxiety will go away, but then it won’t go away. After a few sessions, after a few times practicing in the comfort zone of your own body (just not in any pose), and sometimes taking a few days off in between then I can usually get over some of the fear.

You Can Become Braver in the Mind

I spent many years in survival mode, living by a to do list and staying the course (whatever it was at the time). Yoga has helped me be braver by learning to live in the present moment so that I no longer feel weighed down by challenges from my past or fearful what might happen in the future. Now I thrive every day knowing that what I am doing is leading me forward in life. 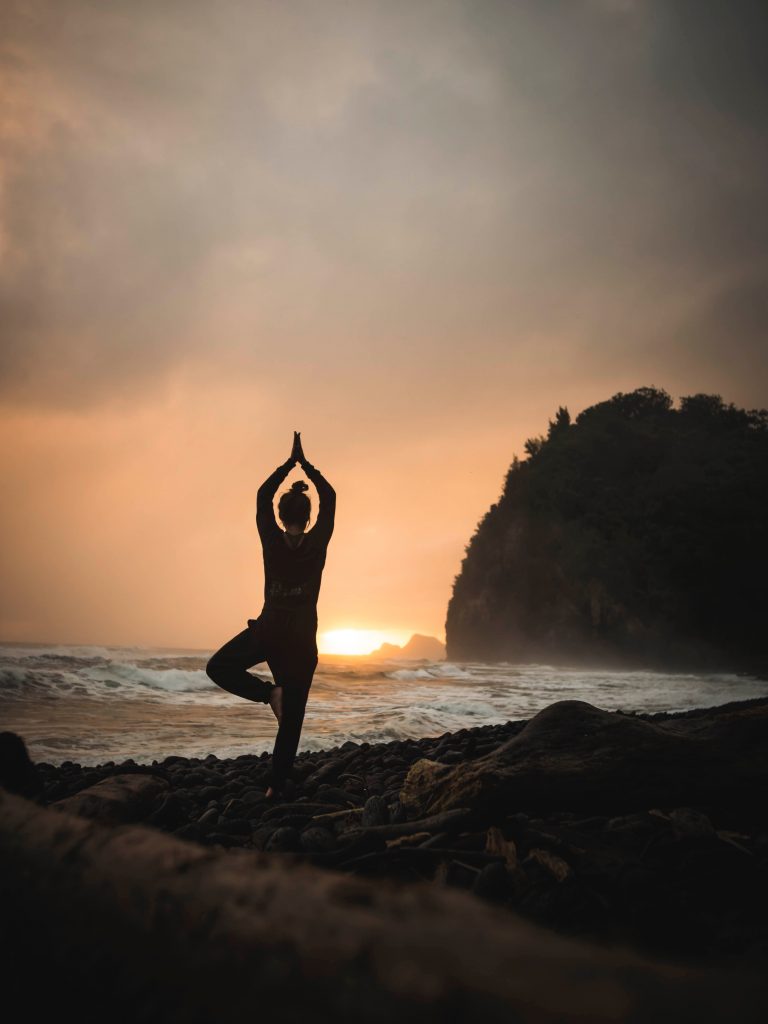 Living with blinders on, or in a world of busy-ness, may feel safe and comfortable but it is limiting. A consistent yoga practice gently nudges us out of our comfort zone by bringing awareness to how we think, feel and act. Essentially it exposes us to what is. For some this sense of vulnerability is unwelcome; fortunately for Nicole is was not. Through yoga Nicole realized she was living in fear – her past was literally clouding her future – and that she had the power to choose differently.

You Can Become Braver in Your Life

Yoga has made me braver by allowing me to trust in myself again. My practice has given me the confidence physically, mentally and emotionally to step into the unknown in a myriad of ways with the knowledge that learning is the ultimate goal. I am no longer afraid of failing because I know that failure is an opportunity to grow, and growth means evolution. I am here to evolve rather than stay stagnate.

The Courage to Fail + A Desire to Learn = Continuous Growth and Evolution. As students of yoga most of us have an innate desire to learn. The biggest and most difficult part of this equation is the “courage to fail.” Unless we’re talking about failure to act, failure requires strength, choosing to act, and the ability to detach from the outcome. These are the skills we cultivate, day in and day out, each time we show up to our mats.

From Family Photographer to Parent Influencer